From Grocery to Good Home Cooking

The land where The Depot Cafe sits started out as Henry’s Supermarket, the go-to grocer and butcher in Frisco. It was 1960 and the family business supplied the best meat and foodstuffs to local residents. For three decades the business flourished, but as chain grocers populated the area, Henry decided he should change with the times.

In 1987 Henry converted his supermarket into a convenience store flanked by a small deli that served sandwiches and soda pop. Residents came from all over the city. They just didn’t have enough places to sit.

About a decade later Henry’s son and daughter-in-law, Dennis and Debbie Francis, remodeled the space and built a restaurant that gave patrons more seating and a bigger menu than the current deli.

The Depot Cafe opened in 1999. The family-owned restaurant specializes in hand-breaded catfish filets, big old-fashioned burgers, and plenty of fried okra. Friday nights at the Depot have become a favorite hangout for locals–and it might have something to do with the homemade desserts like chocolate pie and bread pudding.

The Depot Cafe captures the essence of old-time Frisco with today’s favorite comfort food. Come by for a visit. You’ll never leave hungry. 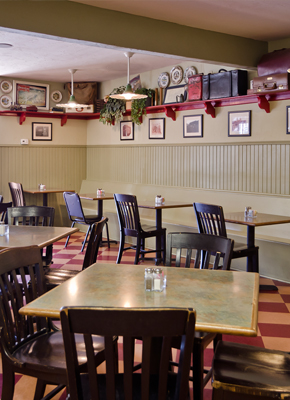